We’re playing Ramblin’ Man Fair in July, sharing the stage with some great acts, including Marillion. It’s made me think back to the really early days of The Pineapple Thief, when we played with them in 2005 at their convention. We were, of course, not ready and made a total stinky mess of the show. But I remember we still gained a lot of fans and it put us on the path to the global domination we are enjoying today (I will be arriving at Ramblin’ Man by helicopter).

I found this old photo of the band back stage at the convention (Butlins in the UK). Don’t ask me what we look like. The thing is our current keyboard player (Steve Kitch) photo bombed this pic (he’s the blur on the left). Matt (second from the left) quit the band shortly after this show because he was shit and Steve promptly sat on his vacant stool. To be fair, Matt was a bass player, I roped him in to push buttons because I didn’t have any other friends. It was when we started playing bigger shows, when nerdy keyboard types realised he couldn’t play for toffee, that he told me ‘sod this Bruce, I’m off!’. We’re still really good friends by the way. 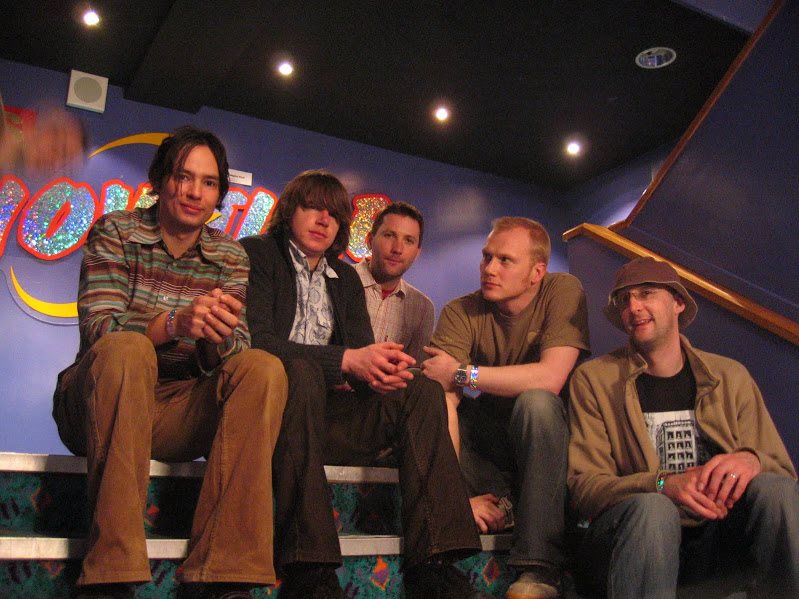